On this episode, Misha speaks with Middle East expert Nicole Robinson who expounds on how MENA countries have responded to Russia's War in Ukraine and the reasons why. Ms. Robinson sheds some light on the future of the region as the conflict evolves and Russia's capacity to arm and feed its regional allies dwindles. Furthermore, she suggests that Russia's declining influence may allow for other actors to increase their influence in the Middle East region -- actors such as China, for example, which is one of the biggest recipients of oil and natural gas from the Persian Gulf. Ms. Robinson says it's unwise for the US to take a step back in the Middle East when it is geographically and strategically the region that is situated in between giants. This war is not only shifting great power competition, but also changing "how each of these countries think about their bilateral relationships." 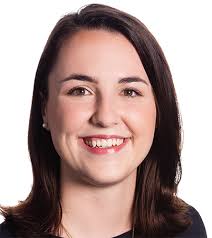 Nicole Robinson is a senior research associate in the Douglas and Sarah Allison Center for Foreign Policy at The Heritage Foundation, focusing on Middle East Policy. She researches and writes on economic, security, and political challenges facing the Middle East and North Africa, with a particular focus on the Levant region. Among other topics, she has written on women’s empowerment and domestic developments in Iran, Lebanon, and Yemen. Before joining Heritage, Nicole lived in Jordan for a year and half, studying at the University of Jordan and working at the Stabilisation Network and Near East Foundation.She is fluent in Arabic and is continuing to expand her knowledge about the Middle East. Nicole received her Master’s Degree in Arab Studies from Georgetown University’s School of Foreign Service and holds a Bachelor’s Degree in Middle East Studies from the University of Minnesota-Twin Cities. She was born and raised in Woodbury, Minnesota, and currently resides in Alexandria, Virginia.

PRODUCER'S NOTE: This episode was recorded on October 21st, 2022 via Zoom.