On this episode, Professor Nana Osei-Opare from Fordham University joins Lera and Cullan to talk about the history of Ghana's independence from Great Britain and the way in which this country in West Africa looked to the Soviet Union to build itself as an "industrialized, socialist" post-colonialist state. Many black thinkers across the world saw the USSR as a space of equality and freedom and as a way to envision how a multi-racial multinational society could come together. This is a fascinating discussion of not only African and Soviet history but of some very important social issues that continue to challenge the modern world. We hope you enjoy! 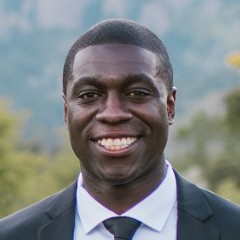 Dr. Nana Osei-Opare is Assistant Professor of African & Cold War History at Fordham University in New York, having received his PhD in History from UCLA in 2019. He is currently working on a manuscript tentatively titled "Socialist Decolony: Ghana’s Cold War, 1957-1966." Socialist Decolony gives the first-ever comprehensive treatment of Ghana-Soviet relations and how those connections shaped Ghana’s political-economy, Pan-African program, and its modalities of citizenship during the Kwame Nkrumah era. His work has been supported in part by the Office of the President of the University of California, Fulbright-Hays DDRA, UCLA International Institute, and Stanford University’s Hoover Institution Library and Archives. His research has appeared in the Journal of West African History, Journal of African History, The Washington Post, Ufahamu: A Journal of African Studies, and Foreign Policy Magazine, amongst other places. You can follow him on Twitter @NanaOseiOpare and on Instagram @oseiopare .

PRODUCER'S NOTE: This episode was recorded on March 4th, 2021 via Zoom. Professor Nana Osei-Opare appears courtesy of the History Department at The University of Texas at Austin.