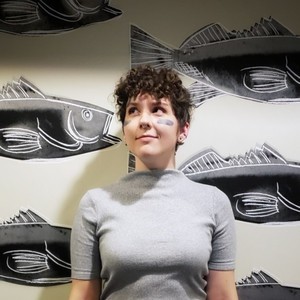 Lera, while born in Tiraspol, Moldova, was happily raised in the suburbs of South-Eastern Pennsylvania and the land of Wawa. After getting her B.A. in Japanese from Penn State, she spent the next 6 years bouncing around between Japan, the DMV area, and Pittsburgh before finally landing in Texas to start her dual-degree Master's program in Global Policy Studies and Russian, East European and Eurasian Studies at UT. Her research interests include U.S.-Russia relations, foreign diplomacy, grassroots exchange, and protest/dissent in Russia. Her limited free time interests include showing everyone pictures of her two cats, engaging in the Fast and the Furious franchise discourse, and never finishing any of her knitting projects.

B.A. in Japanese, minor in Teaching English to Speakers of Other Languages, Penn State University