With the unconscionable Russian invasion of Ukraine ordered by Russian president Vladimir Putin, we will be focusing the next several episodes on Ukraine. These episodes will aim to provide our global listeners, who are seeking to inform themselves truthfully about the war, with background, context, analyses, and historical appreciation of this country and why the world absolutely must care and must combat Putin's revisionist and disinformationist campaigns.

On this episode, the first of our Ukraine-focused series, returning guest Dr. David Marples, professor of history at the University of Alberta, graciously joins us to help unpack, if not understand, Putin's full-scale invasion of Ukraine by providing a basic yet thorough overview of the conflict's history. Visit slavxradio.com/ukraine for a list of trusted organizations addressing this humanitarian crisis. We highly recommend the Ukraine Relief Network, providing essential and immediate help to war refugees on the ground. Check out http://www.ukrainereliefnetwork.org/. 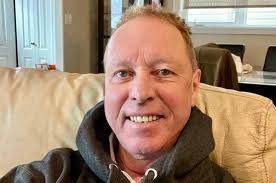 Dr. David R. Marples is a former President of The North American Association for Belarusian Studies (2010–15) and was formerly Director of the Stasiuk Program on Contemporary Ukraine at the Canadian Institute of Ukrainian Studies (2004–14), University of Alberta. In 2014 he was a Visiting Professor at the Slavic and Eurasian Research Center, Hokkaido University, Japan. At the University of Alberta he is a recipient of the J. Gordin Kaplan Award for Excellence in Research (2003) and the University Cup (2008), the university's highest award. He is regarded as one of the leading Western authorities on the Chernobyl nuclear catastrophe (social and political aspects), Lukashenko's regime in Belarus, and contemporary Ukraine. Follow him on Twitter @drmarples for more insights.

PRODUCER'S NOTE: This episode was recorded on March 3rd, 2022 via Zoom.
If you have questions, comments, or would like to be a guest on the program, please email slavxradio@utexas.edu and we will be in touch!

The Center for Russian, East European, and Eurasian Studies condemns the Russian Federation’s military invasion of Ukraine. We stand in support of the people of Ukraine who are fighting for their lives and sovereignty in the face of the unjustified invasion by Russian military forces.