Happy Holidays, y'all! On this episode, Lera gets to sit down and chat with Dr. Juliane Fürst who unpacks 10 years worth of research and personal explorations in the Soviet Hippie movement as published in her latest book from Oxford University Press. Her stories will thrill, so gather 'round and take a listen. We hope you enjoy! 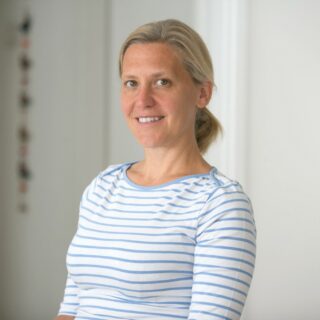 Juliane Fürst is head of the department of Communism and Society at the Centre of Contemporary History at Potsdam and a Senior Research Fellow at the University of Bristol. She completed a monograph on the culture and history of the Soviet Hippie movement entitled Flowers through Concrete: Explorations in the Soviet Hippieland (OUP 2020). She is also the author of Stalin’s Last Generation: Soviet Post-War Youth and the Emergence of Late Socialism and the editor of Dropping Out of Socialism: Alternative Cultures and Lifestyles in the Soviet Bloc (2016). You can find Flowers Through Concrete here: https://www.amazon.com/gp/product/B08XJGHT62/ref=dbs_a_def_rwt_bibl_vppi_i0

SELECT QUOTES FROM THE EPISODE
"I've always... been interested in capturing the feelings and the subjectivities and the emotional subjectivities of people as much as the political developments. It always felt to me that it was a really important part of the story."

"In retrospect, I can see that all my topics--they look like choices, but actually these topics found me, and I just sort of wandered around until the topic found me and then I knew it."

"I always told my mother, you're very lucky, I'm not punkish, I'm not hippyish... I don't pierce my nose, my ears, whatever. But... interviewing all these hippies, I could suddenly see that actually in my own quiet way, I was quite anarchic and possibly still am..."

"The one thing they all had in common was a crazy love of The Beatles... It wasn't only a case of privilege, but quite often it was a case of privilege. In many places, these very early Hippie crowds came from children of the nomenklatura in the Party."

"The Soviet Hippieland... is a civilization in its own right, rather than some imitation of a Western movement."

"Long hair goes a long way in the Soviet union because it's somethign that was so forbidden... It's like wearing red and white in Belarus was nothing like 2 years ago and now it's a political statement that gets you into prison."

"I very much feel that one can only understand a society if you really listen to the pluralities of voices... especially in the outer edges... If you never try to see how far can somebody be from the mainstream of society, then you never get a full picture of it... It really gave me enormous pleasure over the last 10 years... that I'm really preserving something..."

"We have come to the point where we've realized that... it isn't anymore all about people doing things or policies, the in-between and the ephemeral and the emotional... are what matters."

PRODUCER'S NOTE: This episode was recorded on November 19th, 2021 via Zoom.

If you have questions, comments, or would like to be a guest on the show, please send a message to slavxradio@utexas.edu and we will be in touch!