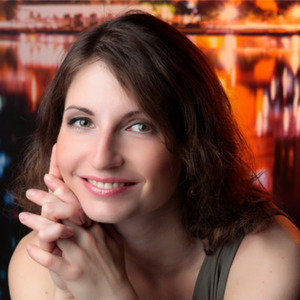 I am a PPE Postdoctoral Fellow at Virginia Tech, and a Visiting Scholar at the Institute for European, Russian, and Eurasian Studies at George Washington University. I hold a Ph.D. in Political Science from Columbia University.

My research interests include party politics, political behavior and political economy. I explore factors that influence the ongoing democratic backsliding in Europe, as well as the effects of disinformation on public perceptions of social and political issues in the region.

My dissertation explains the success of populist right parties as a function of the economic policy choices made by leftwing parties of the post-Communist era. I also explore the commonality in factors underlying the decline of left parties and the rise of populist right across Europe.

My work has been published in numerous political science and policy journals, including Post-Soviet Affairs, Journal of Democracy, Democratization, and the Washington Post‘s political science blog the Monkey Cage. My research has been referenced in publications such as the New York Times, Bloomberg, the Economist, and Foreign Policy.

Throughout my time in the doctoral program, I have collaborated with the Institute for the Study of War, the Brookings Institution, Eurasia Group, and Freedom House. I have authored several reports and studies, including “Stifling the Public Sphere: Media and Civil Society: Russia,” for the National Endowment for Democracy; and “Putin’s Information Warfare in Ukraine. Soviet Origins of Russia’s Hybrid Warfare. Analytical Report,” for the Institute for the Study of War. I am frequently invited to give talks at U.S. universities and think tanks, including the Kennan Institute at Wilson Center, the Atlantic Council and the Carnegie Endowment for International Peace.