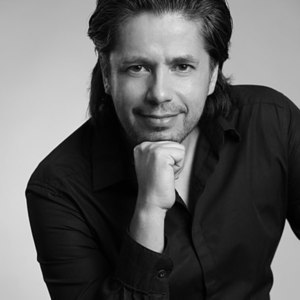 Christian Ray Flores was born in Moscow, Russia, on March 15, 1969, to a Chilean father and Russian mother. The family moved to Chile when Christian was nine months old. During the 1973 military coup of Augusto Pinochet, Christian's father, Americo Flores, was arrested along with thousands of others and spent time in one of the infamous concentration camps. His mother Larisa, along with two children, went into hiding under an assumed name and with a fake Argentinian passport. After Americo's release, the family spent several months in a refugee camp and was granted asylum in Germany, moving to Munich. After some time in Germany and Russia, Americo and Larisa moved to Mozambique, at the invitation of the government, which was recruiting international professionals after a mass exodus of Portuguese upon the nation's independence. Christian learned four languages by the age of nine: Russian, Spanish, English, and Portuguese. After his parents' divorce, Christian returned to Russia with his mother and sister in 1983. Christian got a master's degree in economics in 1991 from the RUDN University in Moscow.

In 1993, Ray released his first single in Russia, and became an instant success, playing to large crowds by 1994. Back to back top-ten hits culminated in his number-one single, "Our Generation" – an anthem of freedom and change. It became the official song of Boris Yeltsin's election campaign. Christian tirelessly campaigned for Yeltsin as part of the Russian version of Rock The Vote, which is credited to giving Yeltsin the youth vote and victory in the campaign. Christian, together with his co-producers, Andrey Grozny and Andrey Shlykov, produced several other musical projects including a "girl band" called Blestyashchiye, which has had a more than 20-year run and generated several of the biggest female solo careers in Russia.