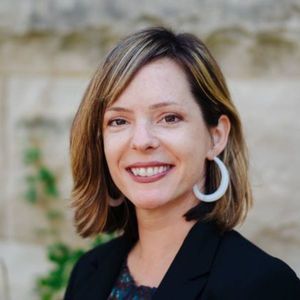 Kathryn Graber, PhD, is a linguist, sociocultural anthropologist, and assistant professor of Anthropology and Central Eurasian Studies at Indiana University Bloomington. Dr. Graber’s geographic focus is on post-Soviet Eurasia, and her research lies at the intersection of two clusters of problems. The first is indigenous language shift, endangerment, and revitalization, which she has been studying in Russia’s Buryat territories, a multilingual region of eastern Siberia on the Mongolian border, since 2005. This research was the basis for her first book, Mixed Messages: Mediating Native Belonging in Asian Russia (Cornell University Press, 2020). Mixed Messages shows how language and the production, circulation, and consumption of media are practices by which residents of the Buryat territories perform and negotiate competing possible identities. The book integrates production data from Buryat media institutions with consumption/reception data from audiences and linguistic analyses of texts and transcripts, employing a novel holistic approach to elucidate how the language used in institutional settings circulates from and into other domains of daily life. The second, related cluster concerns materiality, technology, circulation, and notions of property. Dr. Graber is
particularly interested in how value is interactionally negotiated across different nodes in a global commodity chain, which she has been studying in the Mongolian cashmere industry since 2014. She is also currently working on a large collaborative project on the cultural afterlives and anticipatory pre-lives of infrastructural projects in Siberia.

Mixed Messages: https://www.cornellpress.cornell.edu/book/9781501750519/mixed-messages/#bookTabs=3
As part of Cornell Press’ “Top 10 Most Viewed Books This Month" special, you can use the promo code 09TRENDING to save 44% on a copy of Mixed Messages. After this special promotion ends, you can use 09FLYER to save 30% (in the UK, Europe, Asia,
Middle East, & Africa, use code CS09FLYER).