"Hunger and Fury: The Crisis of Democracy in the Balkans" with Jasmin Mujanovic

Dr. Jasmin Mujanović, a political scientist focused on democratization and social movements in the Western Balkans and a host of the podcast "Sarajevo Calling", joins Samantha and Cullan for an in-depth discussion on the state of democracy in the region in 2020. This is a great walkthrough of the elite maneuvering and politics in the Western Balkans and which nuclear powers hold sway and influence in the region. We hope you enjoy! 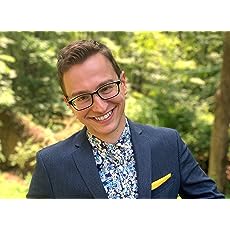 Jasmin Mujanović is a political scientist and analyst of southeast European and international affairs with a PhD from York University. His career background is a unique blend of global academic and professional engagement, having worked as a scholar, policy analyst, consultant, researcher, and writer in both North America and Europe. His academic research concentrates primarily on the politics of contemporary southeastern Europe, with a particular focus on the politics of the non-EU states of the Western Balkans. More broadly, his academic fields of interest and expertise are split between international relations, global political economy, and political theory. He is interested in democratization processes, state development (including the process of state failure), and post-conflict and peace studies, in particular as these topics relate to southeastern Europe. These concerns likewise keep him invested in debates on social movements and organized labor, regionally and globally. His commentary has also appeared in The New York Times, The Washington Post, Foreign Affairs, The America Interest, as well as a host of other international media, including regular appearances for all major Balkan news networks as a current affairs analyst.

Connect with him on Twitter: @JasminMuj and listen to the podcast "Sarajevo Calling" wherever you get your podcasts. https://sarajevo-calling.simplecast.com/

Visit him on his website: http://www.jasminmujanovic.com/ and check out his book "Hunger and Fury" avilable with Oxford University Press https://global.oup.com/academic/product/hunger-and-fury-9780190877392?cc=us&lang=en&

NOTE: This episode was recorded on September 16th, 2020 via Zoom.