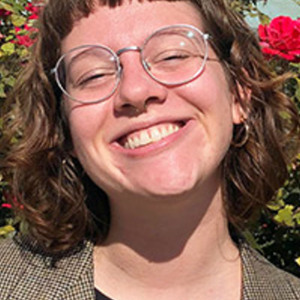 Samantha is from San Antonio and is particularly proud of being a Central Texas local. She attended the University of Texas as an undergraduate, earning BAs in History and Russian, East European, and Eurasian Studies, with minors in Comparative Literature and Women’s and Gender Studies. Currently, she is pursuing a master’s degree in Russian, East European, and Eurasian Studies as well as a portfolio in LGBTQ+ Studies. For the purposes of her master’s degree, she is interested in Serbia-Croatian language, literary translation, literature from the Balkans and Central/Eastern Europe, and comparative feminist/queer issues. Outside of class, she reads whatever she has time for, goes to see old movies at the Austin Film Society, bikes, forgets about her pickling and preserving projects, and picks up random handicrafts.