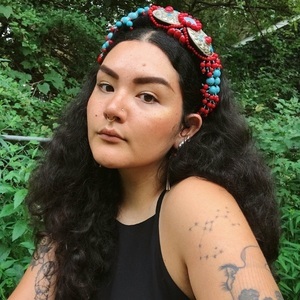 Katya grew up in Northern Virginia and frequently spent summers in the Republic of Sakha (Yakutia), her paternal homeland in Northeastern Siberia. Initially determined to distance her field of study from anything Russia-related, Katya wound up with a bachelor’s degree in Slavic Languages and Literatures with a minor in Russian & East European Studies (in addition to a bachelor’s degree in International Studies with an Anthropology minor). Her current research interests include revitalization of Indigenous languages and cultures in Russia, current tensions relating to Russian (ethno)nationalism and minority group (ethno)nationalism, effects of globalization on rural populations, and the effects of state-sanctioned environmental racism. Her current non-research interests include tending to her plant children, collecting insects, eating pickles, and giving strangers unsolicited podcast recommendations. For this podcast, she is prepping to take over as executive producer starting Fall 2020.