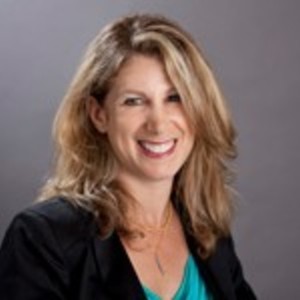 With 25 years of experience designing and fielding international social and political surveys, Dina Smeltz left the State Department to join the Chicago Council on Global Affairs as senior fellow on public opinion and foreign policy in 2012. She oversees the Council’s well-known annual survey of American attitudes toward foreign policy and has authored and coauthored many of the analyses based on that work. She also directs the Council’s collaboration with Russian, Mexican, Canadian, Australian, and East Asian research organizations. Smeltz has published commentary on public opinion and international issues in The Washington Post, RealClearWorld, Foreign Policy, and the Council’s survey blog (Running Numbers).

As the director of research in the Middle East and South Asia division (2001-2007) and analyst/director of the European division (1992-2004) in the Bureau of Intelligence and Research at the US State Department's Office of Research, Smeltz conducted over a hundred surveys in these regions and regularly briefed senior government officials on key research findings. Her experience includes mass public and elite surveys, as well as qualitative research. She has written numerous policy-relevant reports on Arab, Muslim, and South Asian regional attitudes toward political, economic, social, and foreign policy issues. Her writing also includes policy briefs and reports on the post-1989 political transitions in Central and Eastern Europe, and European attitudes toward a wide range foreign policy issues including globalization, European integration, immigration, NATO, and European security.
With a special emphasis research in post-conflict situations (informally referred to as a "combat pollster"), Smeltz has worked with research teams in Bosnia, Kosovo, Cyprus, Israel-Palestinian Territories, and in Iraq (2003-2005), where she was one of the few people on the ground who could accurately report average Iraqis impressions of the post-war situation. Smeltz has consulted for several NGOs and research organizations on projects spanning women's development in Afghanistan, civil society in Egypt, and evaluating voter education efforts in Iraq.

Smeltz holds an MA from the University of Michigan and a BS from Pennsylvania State University.