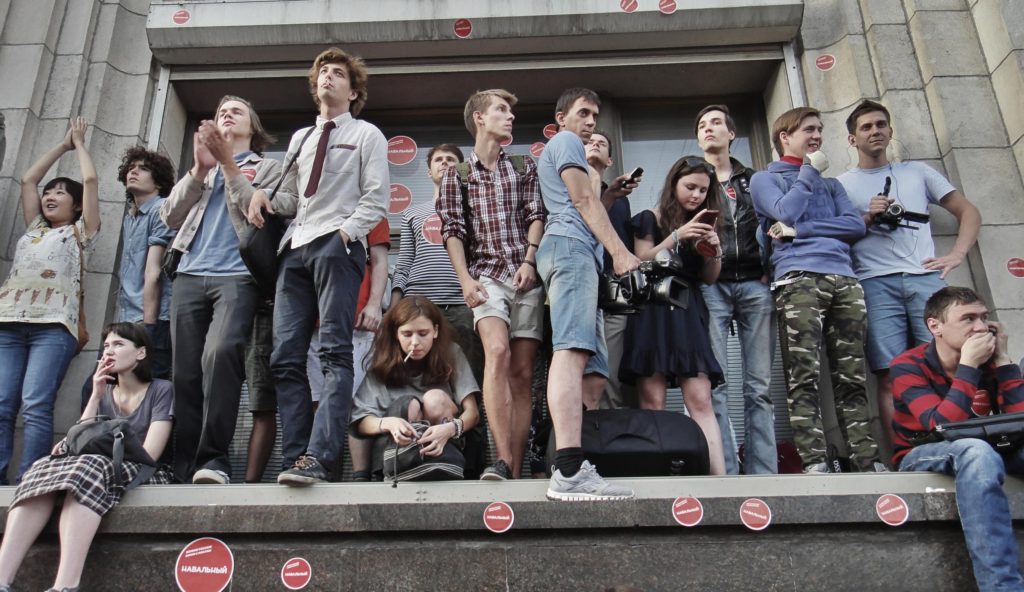 "This publication is part of the "Modernizing Russia Project" a joint project between the Center for European Policy Analysis and the Levada-Center looking at the modernizing trends within Russian society. Read parts I and II here.

Over the past two decades, the former Soviet space has witnessed a sharp rise in popular uprisings demanding greater pluralism and democratic change. The common denominator in all of these waves of civic activism in countries such as Armenia, Belarus, Georgia, Ukraine, Kyrgyzstan, and several waves of mass protests in Russia has been that they largely coincided with the coming of age of new generations whose formative experiences took place after the collapse of the Soviet Union in 1991. Unlike their elders whose grievances were largely economic, these new generations were protesting for political reasons. They were demanding free and fair elections, fairer political representation, greater accountability, and transparency.

The young people of today’s Russia — sometimes called millennials, Generation Z, or “Putin’s generation,” — have known political life mainly under the current Russian president. Focused studies of urban youth in Russia find them to be more liberal and opposition-minded than the rest of the population. Surveys of large protests in Moscow from 2011-19 show that younger protesters constituted between 20-30 percent of all participants.1 This crucial demographic could play an important role in Russia’s future political development. Despite this phenomenon, there has been scant empirical research that has systematically examined younger citizens in Russia and behavioral and attitudinal characteristics that distinguish them from older cohorts.

This report uses existing public opinion surveys to provide a comparative and empirical examination of factors that distinguish Russia’s youth from older cohorts in terms of their sociopolitical attitudes and propensity for civic and political activism. It also presents the results of an empirical study of civic engagement among Russian youth run by the Center for European Policy Analysis (CEPA) in collaboration with Russia’s leading independent public opinion pollster, the Levada-Center, in the fall of 2019. This report will deepen the U.S. policy community’s understanding of the issues that are driving civic and political mobilization in the post-Soviet space and in Russia."

View the full findings of Dr. Snegovaya and her team's research here: https://cepa.org/russian-youth-and-civic-engagement/?fbclid=IwAR19gUFfqtpS4xkRCk0DH2RK-f3MEAGbVe2s8C3f_I6Sq3LXBCVU4UOlOV0

Listen to Dr. Snegovaya's episode in which she discusses her study here: https://www.slavxradio.com/snegovaya